You are here: Home / A Story of Hope (Our story of life with OsteoPETrosis) by Patrick Birdsall 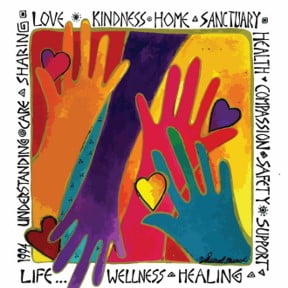 Our story began nearly 60 years ago. I now believe that given enough time that any child, has the potential to change the world in some way for the better. For the most part this is the continuing story of the child that changed the world for me, and for those touched by her beautiful energy.

It started when she was less than two years old. The doctor examining X-rays for her dislocated elbow noted the unusual density of her bone. Her pediatrician told her parents he had never previously encountered anything like it, but had been able to learn that it was a very rare medical condition then known as “marble bone disease”, and those children born with it seldom survived childhood. He told them that there was nothing that medicine could do for her and that they should take her home and love her.

At the age of 11, she fell in a school playground and broke the femur of her left leg. She was in the hospitalfor traction for over 21 weeks. During traction she was in a body cast from her breastbone to her toes. It was the first of many bone breaks she suffered in her legs and arms at various times for the rest of her life. Reinforcing rods drilled into her bones didn’t always help. Like so many with her condition, she stopped trying to count the number of fractures she had.

Within 6 years the girl had a sister (without OP) and a baby brother (with OP). They were bright, active completely normal children, except for Elspeth and Jim the frequent breaks in bones and long stays in the hospital. Her parents raised all their children to work hard and excel, refusing to accept anything less than a full life. Unlike today, genetic conditions were not discussed outside the home.

As a teenager she developed bone spikes and an infection in her lower jaw. Surgeries and intravenous antibiotics were required when the pain became intolerable, but these only gave a brief respite. She was told of the possibility having part of her jaw removed as treatment. The idea tormented her for many years. When she lost teeth a custom prosthesis was made that she used until her death.

In 1985, I met her at a wedding for a college friend near Chicago. She was the cutest woman there, and we danced. I learned she loved to dance but it was risky for her, so we slow-danced every time one was played. Two years later we announced our engagement at Christmas. I was taken to see her doctor, so he could explain her condition to me. All I can remember is being shown x-rays of her broken bones with rods and plates to secure them. Then he said: “The problem with these people is that they don’t live very long.” A parent has no choice but to love their children. I had no choice either. We were married a year later.

We started building a life together. She had to infuse antibiotics every 6 hours, round the clock. Getting up in the middle of the night to thaw the frozen bulbs 2 hours before the infusion was exhausting for both of us. I went from an observer to a trained helper that set things up when she was too exhausted. After a year of this, she decided that it wasn’t helping, and we stopped. That was when we agreed that she would have to manage her medical care, decide what worked and what didn’t. She searched for any research articles that might help.

Despite frequent medical mishaps, we bought a little house in a quiet little town across the state. We loved the house and the town. We were building the life we wanted. She became an independent contractor and I commuted over an hour to work each way.

The first time she broke a bone at work, she called me to come. She wouldn’t let anyone touch her until I drove the hour to reach her. She was afraid of well-meaning people and ambulance medics who did not understand and would not listen. They would handle her too roughly and break more bones. For over 2 decades she would not take an ambulance unless there was no other way. Seeing her flinch from pain at breaking a rib after sneezing or reaching up to a cupboard shelf taught me to listen very carefully, and go very slowly until she was okay with a move.

In 1991 we had our first real scare. Her doctor had been calling to all the school systems she worked in to find her. Her blood counts were so low that she needed to be isolated from contact with other people. I came home and we bundled her in three blankets for the ride in the car. An airplane flight was too risky. I tried to keep her comfortable for the 13 hours it took us to reach MUSC. There was a doctor there that knew about OsteoPETrosis who had agreed to admit her.

At three in the morning there was no one to admit her, so we were sent to a motel to wait until she could be admitted.

I brought a dozen roses – not allowed in the room! The staff was very kind, the nurses put the vase on a table in the hall where she could see them from her bed. Later in the week I was allowed to bring food for lunch, so we had picnics on her bed. Later, we went back to MUSC to participate in a pediatric clinical trial despite her being nearly twice the age of the second oldest person in the group. We dreamed of a cure.

Not too long after, we had a house, a dog and adopted a newborn baby girl. We were extremely happy despite the inevitable stresses. Our daughter was precocious as a dancer and started ballet at four, then her real love Irish dance at five. Erin became proficient, especially in team dance. We cheered for her as she competed in World Championships.

In 1999 I came home and told her about the website I was creating for my company. Listening to me go on, she asked “Could you make website for us, about OsteoPETrosis?” In those days there was very little demand for domains like “osteopetrosis.org”, so there we began. The site was a “signpost” site with a pleasant blue marble background where we described what was known at the time and invited people to share their stories. We paid for it out-of-pocket and I edited the site on weekends and vacations.

Elspeth wanted to spread the message “you are not alone.” She had rarely met anyone with the condition, aside from her own brother until her time at MUSC. In those early days it was a giddy time, to “meet” someone from across the world, or close-by. We met others using the web to tell their story, and made friends who truly understood life with OsteoPETrosis.

Elspeth told me that someone had contacted her, who wanted to help us. She was too ill to meet with him, so I went and we talked over dinner. I brought home the news. His company wanted to help us start a non-profit. Thrilled, she worked on the dream of being able to bring people together, not just online but physically so that patients, researchers and clinicians could learn from each other and share in reaching the goal of a cure.

Elspeth had been close with Laurel Burch, and stayed at her home when it could be arranged. They shared and talked privately. Laurel did not want to be known as an artist with OsteoPETrosis, but let her wonderful art stand on its own.

“[The image] symbolizes the vibrant attitude of the community spirit in which we join others seeking help and providing help,” Elspeth stated, “as Laurel did not for gain or ego, but in the selfless reaching out to kindred spirits.” “Open Hands, Healing Hearts” focuses not on the “OsteoPETrosis” element of the organization, but on the “Society”— the community through which patients and their loved ones connect support, love and bond throughout their shared experience.

The first OsteoPETrosis Patients’ meeting was that year. There has been a meeting every year since. Patients with their families and researcher/clinicians can get together to share and learn from each other. It is a wonderful time to see a dream come true.

Despite being disabled and requiring a wheelchair, Elspeth pursued a long hoped for clinical trial. In March of 2015 she convinced her hematologist to delay admission to the hospital for blood transfusions so she could go to Washington DC to speak before a Congressional briefing on rare bone disease research.

I think we understood that was her last public act as an advocate. She returned home and went into hospice soon after. She died on March 28th, 2015. She never gave up. She simply ran out of time.

Our 7th annual meeting was in 2019, starting our effort to start a “Natural History Study” as a resource for further research. Without funding, we simply started work with researchers to “prime the pump” and get things going.

OsteoPETrosis is a RARE genetic disease. The need for a cure is just as great today as it has ever been. The tools, techniques and possibilities for treatment are improving at an incredible rate, but research takes time. New methods such as siRNA and CRISPR show us we are just getting going.

But this condition is complex and challenging. We cannot put all our HOPE on a single treatment, technology or clinical trial. We HOPE that all succeed, but must keep going despite the fact that for many, time is not on our side.

To the families and individuals with OsteoPETrosis. Each has their own unique story of finding joy where possible despite hardships and moments of doubt. I am in awe of those who courageously maintain HOPE in times of trial.

To the individuals who have created non-profits, spaces (public and private) to share their experiences and provide support to others as a society of people with a common bond and goal.

The Rare Bone Disease Alliance https://rbdalliance.org/ a program of the Osteogenesis Imperfecta Foundation who allows the “little guys” to sit with the “big guys”.

To Advocacy organizations like Global Genes, who make it their mission to connect, empower and inspire the RARE disease community. https://globalgenes.org/.

And special thanks to those who give us HOPE.

To those that give what they can; because they care.

The researchers who work long hours in the effort to bring a treatment and ultimately a cure for OsteoPETrosis.

To all the clinicians on the “front line” who have such skills, experience and compassion to give aid in need.

Those who are both, you know who you are.

In memory L. Lyndon Key, Jr, MD for his compassion and tireless efforts 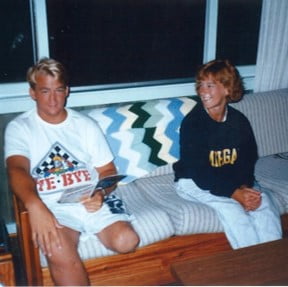 * “marble bone disease” is often called “Albers-Schönberg disease” for his 1904 description of the characteristic x-ray pattern of “bone-within bone”. In the medical literature it is currently called ADO (Adult Dominant OsteoPETrosis). Previously it was thought that there were 2 forms of ADO, labeled ADO-I and ADO-II, but this has been revised based on research.