You are here: Home / About ECTS / Education Committee 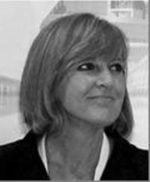 Nuria was born in Barcelona and received my MD from the University of Barcelona. She was trained in Rheumatology at the Hospital Clínic and since 2004 she has been Head of the Department of Rheumatology at the Hospital Clinic in Barcelona. Nuria obtained her PhD in 1987 from the University of Barcelona, and since 2007 she has been Professor of Medicine at this University. Nuria was visiting scientist at the Jewish Hospital in St Louis, MO (1988) and at the Johns Hopkins University School of Medicine in Baltimore, MD (1992). She received the Professional Excellence Award from the Medical Association of Barcelona (2009). She has authored over 130 publications in the field of bone diseases, with her main areas of interest being bone turnover markers and bone disease in chronic liver diseases. At present, she an Associate Editor of BONE. She leads an active though small group of scientists in bone diseases.

Education is key to develop tomorrow’s talents, build on leadership and scientific Excellence.  The Committee will work towards supporting the ECTS Strategic Plan to offer training and educational opportunities to members at all stages of their careers.

The purpose of the ECTS Education Committee is