You are here: Home / Applications open for new osteosarcoma grant – by Alice Goring

For the first time, Hannah’s Willberry Wonder Pony Charity is offering part-funded PhD scholarships to encourage the UK’s best science graduates to pursue a career in the field of osteosarcoma. The charity was started by Hannah Francis, a heroic and inspirational 18 year old who sadly lost her life to osteosarcoma in August 2016. It was Hannah’s greatest wish that a large proportion of the money she raised through her charity went to fund osteosarcoma research, in the hope that one day no one would have to suffer as she did. 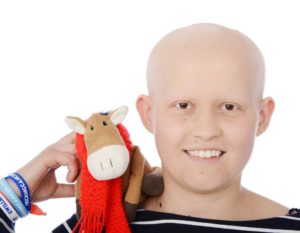 Hannah’s type of osteosarcoma was a particularly aggressive, inoperable form affecting her pelvis, right hip joint, lower spine and lungs. She fought so hard to beat this disease and in doing so ticked many things off her ‘bucket list’ including horse riding for her country, Great Britain, despite being in immense pain and being rushed to hospital straight after. The reality of an osteosarcoma diagnosis is incredibly bleak and Hannah realised that there was a real lack of treatment options for people that were suffering from this horrible disease. She was determined to make something positive out of a very scary and uncertain time and spent the final year of her life fundraising. Hannah sadly passed away less than 18 months after her diagnosis. She left behind an incredible legacy in the form of her charity and it is now up to us to ensure that her

amazing fundraising efforts go to the best use.

If you would like to apply for a grant from Willberry’s Research, please visit: https://www.willberrywonderpony.org/pages/willberrys-research-1. Completed application forms should be submitted in PDF format by 30 November 2017 to willberryresearch@gmail.com. Applications will be accepted for both clinical and basic science projects.