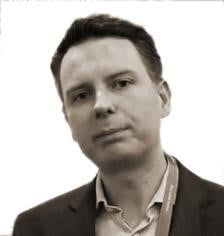 His previous research has examined Vascular Calcification in Rheumatoid Arthritis. In a review recently published in Bone, Pr Paccou and colleagues describe the role of the Bone Marrow Fat in Skeletal Health. One of his current projects is assessing body composition changes under ustekinumab among patients with psoriatic arthritis. Further, Dr Paccou would like to initiate a research project evaluating the bone marrow fat content in postmenopausal women with and without fragility fracture.