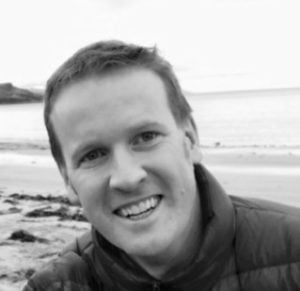 Tendon comprises collagen rich fibrils within which reside tenocytes that possess no specific cellular marker. Tenocytes are spindle shaped fibroblast-like cells that adhere to collagen fibres via ill-defined molecular ligand pairs, probably members of the integrin family. Tendinopathy is a frequently used generic term that describes non-ruptured tendon injuries. Features of tendinopathy include disorganisation, thinning and microtearing of collagen fibres1, extensive neovascularization and vascular ingrowth2, dysregulation of matrix metalloproteinases3 and their inhibitors, and increased glutamate production4. Regions of both hyper- and hypo-cellularity have been described – critically, tendinopathy confers altered biomechanical properties5. A key pathological feature remains a ‘matrix switch’ from collagen I to collagen III predominance: the latter is biomechanically inferior and thus functionally linked to tendon degeneration6.

Postulated pathophysiologies of tendinopathy thus far are varied, probably not mutually exclusive and largely unproven7. They include dysregulated apoptosis8, mechanical overload9 , imbalance in MMP / TIMP activity10, genetic factors (e.g. polymorphisms in COL5A1/MMP8)11, neuronal proliferation4 and inflammation12. One of the major limitations of human studies is that tendon biopsies are usually obtained when patients are symptomatic and therefore such biopsy material likely represents chronic, rather than early phase disease5. We previously demonstrated in patients with full thickness rotator cuff tears that matched (non-torn) subscapularis tendon represents a model of early human tendinopathy13 based on histological appearances and significantly increased levels of cytokines and apoptotic markers in these tissues. This in turn, likely reflects the earliest impact of altered biomechanical loading. Our discovery of this early model of human tendinopathy, now independently confirmed by others, has permitted mechanistic investigation of key molecular events in early tendon disease14. Recent studies have now highlighted inflammatory cell infiltrates in both animal and human tendinopathy15-18.

Disparate views surrounding the presence of an inflammatory phenotype in tendinopathy have persisted possibly because of several historical studies highlighting no inflammatory cells or acute inflammatory infiltrates (from polymorphonuclear cells) in various human biopsy specimens19-21. With the advent of modern molecular techniques, a clear signature defining inflammatory mechanisms has become apparent in the spectrum of tendinopathic disease in both animals and humans 22.  Our group has recently suggested the concept of the ‘immunobiology of tendinopathy’ whereby it seems that inflammation in tendinopathy encompasses three distinct cellular compartments (the stromal, the immune sensing and the infiltrating compartments), each contributing to a complex milieu of inflammatory mechanisms effecting tendon homeostasis (Figure 1).

Detailed mechanistic investigation of inflammatory pathways using the ‘molecule to clinical’ intervention paradigm has been remarkably successful in other areas of musculoskeletal therapeutics, most notably in inflammatory arthropathies. Despite increased understanding of the molecular mediators involved in tendon disease, successful targeted mechanistic treatments have so far eluded the field. It has become apparent that further mechanistic work is required across the field to characterise and subtype not only the key innate immune cells, together with their critical regulatory cytokine groups, but additionally the resident tenocytes in normal versus diseased tendon pathologies. Several molecules (Figure 2) have been highlighted as potential therapeutic targets in tendon disease. Moreover, appreciation of the finely balanced ‘reparative’ versus ‘degenerative’ inflammatory response in tendon damage is required to identify the molecular checkpoints that modify a homeostatic inflammatory response toward aberrant matrix/inflammatory remodeling and the chronic degenerative picture seen in clinical tendinopathy.

Whilst a long forgotten neighbour to the bone, the role of tendons in joint disease and osteoimmunlogy is becoming increasingly apparent and further molecular investigations are now required to realise translational benefits to patients.