You are here: Home / ECTS Academy experience during Budapest 2019 By Annegreet Veldhuis-Vlug 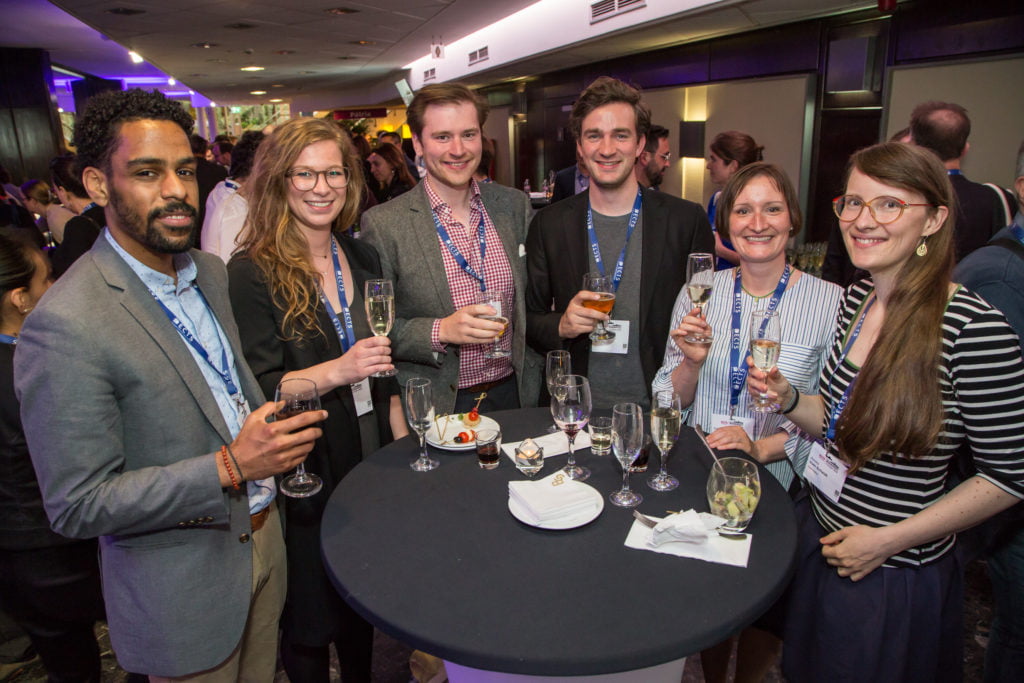 During the annual meeting of the ECTS, the ECTS Academy organises special events for new investigators and this year in Budapest, these attracted a lot of attention!

We started of with the ‘Next Generation Synergy’ session on Friday afternoon to introduce an array of European and Eastern young investigator societies. Representatives from the MuSKitYr (Germany), BRS (UK), EMEUNET (EULAR rheumatology), KSBMR and KOS (South-Korea), CSOBMR (China) and JBMS (Japan) explained how young investigators from their respective countries organise themselves and work together to promote their research and clinical activities and hearing about each others societies inspired new ideas and initiatives. Certainly this will lead to new future collaborations! The session ended with an update on the most interesting articles published by members of the Academy both in basic science presented by Abbas Jafari and in clinical science presented by Daniela Merlotti. This overview nicely showed the outstanding research during the last year (and sometimes even multiple years!) by our Academy members.

Sunday the Academy hosted the New Investigator Mentoring session. During drinks and appetizers, experienced professionals shared their thoughts and experience with new investigators on diverse ‘How to’s…’ such as ‘How to image’ by Michelle McDonald, ‘How to transition to independence’ by Andrea Burden, ‘How to obtain a grant’ by Duncan Bassett and ‘How to work in Industry’ by Nicolas Bonnet. Also, the mentoring program from the Academy was introduced by Hermann Agis. The mentoring program provides new investigators with the opportunity to be coupled to a mentor of their choice from within the ECTS for a year full of coaching. Application is possible through the website!

Right after the mentoring session, the Charity event to support the Hungarian Rare Disease Federation started and although the weather turned this into an indoor event, both teams had a lot of fun. The final score after an hour of soccer was 4-3 and fortunately both teams felt like winners since the composition of the teams frequently changed during the match, truly representing the collaborative effort to raise almost 1300 euro’s for the Charity, a huge success!

Monday ended with the New Investigator seminar. Six excellent new investigators presented their research and answered all the questions from the audience extensively. Vincent Ka Fai Cheng from Hong Kong presenting his in-depth studies on AKAP11 as a positive regulator of osteoblast activity, received the majority of votes and won the first prize, congratulations! Finally, the networking dinner and disco party on Monday night was a great night with sharing of good food, some drinks and dancing for all attendants and the Academy definitely showed that having fun together and creating a good atmosphere is a solid base for future prosperity!