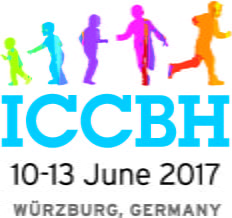 The 8th International Conference on Children’s Bone Health took place in Würzburg, Germany, on 10-13 June.  The meeting was attended by over 400 delegates from over 40 countries.

Full details of the programme and abstracts can be accessed from the meeting homepage.

Over 250 abstracts were submitted, demonstrating clear enthusiasm from this unique and developing community of researchers and clinicians.

The next meeting is planned for June 2019.  Details will be announced in the autumn.