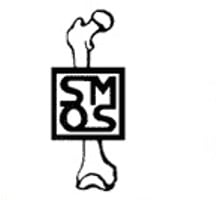 The first osteological seminar was held on 2 February 1970 at the Research Institute of Rheumatic Diseases in Prague. The initiator of these events was assoc.prof. Stanislav Havelka, M.D., who together with a group of other experts subsequently sought to establish an independent osteological society. On the basis of the working group on osteoarthritis, the Osteoarthritis Section of the Czechoslovak Rheumatological Society was established in October 1986. Thanks to its membership in the European Society of Osteoarthrology, it was also a member of EULAR. This section was adopted in 1991 by the European Foundation for Osteoporosis (EFFO) as the only section among the independent professional societies, under the name Section of Metabolic Skeletal Disease, Czechoslovak Society for Rheumatology. As a result of the division of the state, two subsidiary sections – Czech and Slovak – were subsequently created from this section.

The Czech Section sent a proposal to the Board of the Czech Medical Society of Jan Evangelista Purkyně to establish a separate society for metabolic skeletal diseases. The new society was established in May 1995. It was conceived as an explicitly interdisciplinary one. SMOS has been intensively cooperating with the world since the beginning – since the establishment of the International Osteoporosis Foundation it has been a full member of the IOF and has its representatives in its committees – Board of National Societies, Board of Scientific Advisors.

The first chairman of SMOS was prof. Stanislav Havelka, M.D. (in 1995-1997), in November 1997 the then assoc. prof. Vladimír Palička, M.D. was elected as chairman, the vice-chairman was prof. Jaroslav Blahoš, M.D. and the scientific secretary was Milan Bayer, M.D. Many members of the Society’s Committee have not ceased their work even after many years and are still actively involved.

From the beginning, SMOS has been perceived by the professional public as an integrating society for the field of metabolic skeletal diseases and especially osteoporosis, which has become a serious problem for society from the health, social and economic point of view. SMOS participates in the development of standards of care in this field and comments on the current possibilities of diagnosis and therapy of osteoporosis and metabolic skeletal diseases in our country in the framework of treatment algorithms. Representatives of SMOS participate in a number of meetings with the Ministry of Health of the Czech Republic, health care payers, the Czech Medical Chamber and other professional societies. Thanks to the efforts of the SMOS committee, it has been possible to obtain postgraduate specialization in Clinical Osteology in the Czech Republic since 2011.

The Society´s Committee has a total of thirteen members. Our website can be found at https://smos.cz