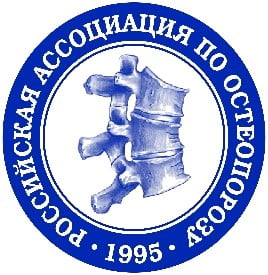 The Russian Association on Osteoporosis (RAOP) was established in 1995 at the initiative of several Russian scientific institutions representing various branches of clinical medicine—rheumatology, endocrinology, traumatology and orthopedics, space medicine, etc. Its founder and first president was Professor Lidia Benevolenskaya, a well-known Russian specialist in epidemiology and genetics of rheumatic diseases. In 2001, the Patient Society OSTEORUS was established as part of the Association. Currently, RAOP has its branches in 53 regions of Russia.

Since its formation, the Russian Association on Osteoporosis has become a national leader, bringing together doctors and researchers of various specialties dealing with the problem of osteoporosis. Since 2005, national clinical guidelines on osteoporosis have been developed and updated. RAOP also participated in the preparation of national clinical guidelines for orthopedic surgeons on the management of hip fracture patients, and for geriatricians – on the prevention of falls and fractures in the elderly.

Every 2-4 years, a Russian congress on osteoporosis, osteoarthritis and other metabolic skeletal diseases is held, as well as thematic annual conferences. The latest conference “Osteoporosis and Orthogeriatrics”, organized jointly with the Russian Association of Gerontologists and Geriatricians, the Union of Rehabilitation Medicine of Russia and AO Trauma Russia, was held on-line in April, 2021, with the participation of 992 participants from 108 cities of the Russian Federation, as well as from 13 countries (Kazakhstan, Ukraine, Belarus, Uzbekistan, Moldova, Azerbaijan, Luhansk People’s Republic, Donetsk People’s Republic, Kyrgyzstan, Israel, Vietnam, etc.). To raise awareness of Russian doctors on osteoporosis, regional educational programs are conducted in various cities of Russia, as well as on-line. Usually, 10 to 12 one-day seminars are held during the year. Their geography involves the medical professionals from Kaliningrad in the west of the country to Vladivostok in the east.

RAOP has created several working groups: on the implementation of FLS, on the organization of medical care for patients with osteoporosis, on the epidemiology of osteoporosis and fractures. The developed system of medical care with the participation of primary care doctors is undergoing pilot implementation in medical institutions of St. Petersburg.

The Russian Association on Osteoporosis is a member of the Committee of National Societies of the International Osteoporosis Foundation. IOF in collaboration with RAOP organized several training events in St. Petersburg. In 2015, the ‘Osteoporosis Essentials. Joint IOF-ISCD densitometry, diagnosis and management course’ was held in St. Petersburg. The same year, aiming to promote research excellence among young investigators, IOF organized a pilot Research Training Course with brilliant teachers: Jean-Yves Reginster, Cyrus Cooper, Olivier Bruyere, and Eugene McCloskey. In 2016, IOF CTF FLS Workshop was run by Kassim Javaid from Oxford. In 2017, IOF Course on Rare Bone Diseases was organized, with the world-known scientists as the Faculty of this Course: Professor Maria-Luisa Brandi, Dr Kassim Javaid, and Dr Neveen A.T. Hamdy. Since 2020, RAOP has been a member of Capture the Fracture Partnership and is working on the implementation of FLS in medical institutions of the Russian Federation. Cooperation with the Fragility Fracture Network is expanding. At the initiative of the RAOP, the Russian National Fragile Age Alliance (FFN-Russia) was created.

The Russian Association on Osteoporosis also cooperates with osteoporosis societies of neighboring countries. At the initiative of RAOP, large-scale epidemiological study ‘Epidemiology of osteoporotic fractures in Eurasia – EVA study’ was conducted under the endorsement of the IOF Working Group on epidemiology and quality of life, which allowed the development of FRAX models for the countries of the region—Russia, Armenia, Georgia, Kazakhstan, Kyrgyzstan, Belarus, Moldova, Uzbekistan. In 2010 and 2020, the Eastern European and Central Asian Regional Audit ‘Epidemiology, Costs & Burden of Osteoporosis’ was conducted, published in Russian, English, and several national languages. 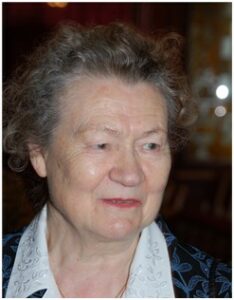 3. RAOP and OSTEORUS were awarded the 2018 IOF Best Committee of National Societies Booth during the IOF-ESCEO WCO 2018 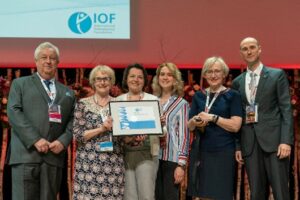