You are here: Home / ECTS Academy – the next generation of bone researchers, by Martina Rauner

ECTS Academy – the next generation of bone researchers, by Martina Rauner 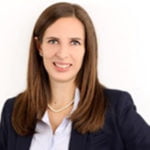 The ECTS Academy was inaugurated in 2016 as a daughter society of the ECTS with the aim to provide a platform for young researchers to self-organize scientific and social initiatives to strengthen the future of the musculoskeletal field. The young researchers must apply to become a member and if elected, will embark on a 5-year term membership in the ECTS Academy and benefit from a 2,500 € personal research grant, free registration at the ECTS Annual Conference, and most importantly, a valuable network of musculoskeletal researchers. By founding the ECTS Academy, the ECTS has once again set a clear statement to support young researchers in the musculoskeletal field in Europe. With generous funding from Amgen and AgNovos, who are also both committed to supporting the next generation of bone researchers, the ECTS Academy is funded for the next 5 years and will accept up to 10 talented researchers each year. The founding generation of the Academy consisted of the 8 members of the ECTS New Investigator Committee. In addition to scientific excellence, one requisite of becoming an Academy member is to be engaged in societal work and/or to have a track record on organizing events for training young investigators. In 2016, the first generation of elected members was chosen. With the help of the ECTS´ affiliated societies, researchers and clinicians across Europe were encouraged to apply. The main criteria for a successful proposal were scientific excellence, having obtained independent funding, and social engagement. The applications were supported by two mentors, who further testified to the excellence of the candidates. After the selection process, 10 new members were elected to join the Academy (see full list of Academy members here). The ECTS Academy was inaugurated at the Annual ECTS Conference in Rome 2016 within a ceremony with the candidates and their mentors.

The ECTS Academy held their first retreat in October 2016 in Madrid. Within this retreat, the Academy members formulated their mission, which is to form a network of researchers on calcified tissue and musculoskeletal diseases to promote scientific excellence through collaborating and mentoring young scientists in Europe. Several task forces have been defined to pursue the Academy´s mission; for example, a mentoring team was formed who initiated a mentoring program for young investigators, which will commence in 2017. Moreover, the ECTS Academy organizes educational and career-building webinars, and aims to educate the general public establish joint scientific projects for the future.

The next selection round will take place before the Annual Conference in Salzburg. For further information on the application process, click here. At our next retreat in October 2017, we aim to apply for grants with several Academy members and implement new ways to reach out to the general public and educate about the importance of maintaining good musculoskeletal health.

We are looking forward to our new team members and would like to cordially thank the ECTS, Amgen, and AgNovos for their generous support.

On behalf of the ECTS Academy,