You are here: Home / Events / Webinar Bone, Muscle & Beyond: Musculoskeletal health in ethnic and underserved populations 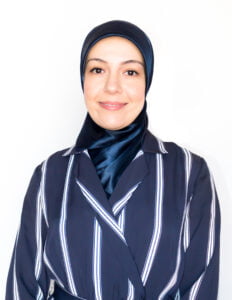 Dr Ayse Zengin is the Head of Bone and Muscle Research Group at Monash University.  She completed her PhD in a joint project between the Bone Biology and Neuroscience programs at the Garvan Institute of Medical Research in Sydney,Australia in 2012, with Ass.Prof. Paul Baldock and Prof. John Eisman. Upon completion, Dr Zengin worked as a postdoc in the Endocrinology Department of the Ludwig Maximilians University in Munich (Germany) with Prof. Martin Bidlingmaier until December 2013. She then moved to Cambridge (UK) to work with Prof. Kate Ward at the MRC Human Nutrition Research Unit, University of Cambridge, where her work involved a longitudinal study in West Africans, and collaborated with the MRC Unit in The Gambia (Africa). Dr Zengin joined the School of Clinical Sciences at Monash Health as a Research Fellow in September 2016. Dr Zengin’s main research interests are investigating the muscle-bone relationship within the ageing population, imaging bone with advanced technology and the role of nutrition on skeletal health in older adults across ethnic and underserved populations.

Dr Zengin was awarded the 2021 Dean’s Award for Research Excellence (ECR) from the Faculty of Medicine, Nursing and Health Sciences; and she was also nominated for the Vice Chancellor’s Award for Research Excellence. In 2020, she received the Victorian Young Tall Poppy Award, and has been awarded an Early and Mid-Career Fellowship from the Australian Academy of Sciences (2017). Dr Zengin has been invited to give presentations at national and international conferences, and has published over 30 articles (17 first author). Dr Zengin served as Co-Chair (2018-2020) of the Early Career Investigator Committee of the Australia and New Zealand Bone and Mineral Society (ANZBMS). Over a two-year period (2022 and 2023), she has been named Chair of the Program Organising Committee of the annual scientific meeting for the ANZBMS. She has international standing within the field, she served as secretary (2017-2018), then elected as Co-Chair for a two-year term on the European Society of Endocrinology (ESE) Young Endocrinologists and Scientists (EYES) Committee (2018-2020). She has been invited to take part in community meetings locally, including the Melbourne Osteoporosis Support Group and Rotary Club; and was selected to take part in the CSIRO STEM Professionals in Schools program which involved giving talks and workshops to primary school children. 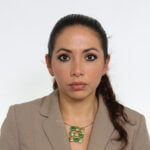 Dr Carolina Medina Gomez is a postdoctoral researcher at the Erasmus MC University Medical Center Rotterdam, the Netherlands and current member of the ECTS academy. She obtained her PhD in 2016 and was awarded multiple recognitions including the New Investigator award by ECTS, ASBMR and ICBBH. Her work in genetic epidemiology in admixed populations gave her the opportunity to visit the Children Hospital of Philadelphia financed by the European Union. She is the main genetic analysts of the ErasmusMC cohorts and has led many projects within the GEFOS/GENOMOS consortium. Her findings have contributed to underscore the importance of molecules such as WNT16 in bone biology. Her work is at the forefront of cutting-edge methods in genomics (including not only genetic data but also transcriptomics). She has now extended her research to include the microbiome and has a lead role in the MiBioGen consortium trying to bring together genetic, genomic and gut microbiome data.